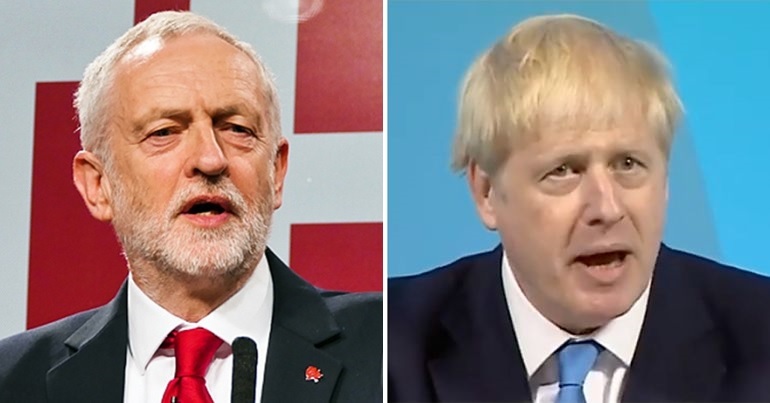 One comment from a media hack has just epitomised the uselessness of establishment coverage of Boris Johnson and Jeremy Corbyn. Because when billionaire-owned media outlets aren’t covering for Johnson and his party, they’re busy attacking Corbyn. Fortunately, people are seeing right through the haze and calling out the ridiculous media bias.

Ian Dunt presents a pro-Remain podcast and edits politics.co.uk. The latter has links to Yahoo! News and boasts of working “from deep within the corridors of power in Westminster”. And from this bubble, he spewed out the following comment:

God knows what we did a previous life to deserve a choice between Boris Johnson and Jeremy Corbyn, but it must have been fucking terrible.

While some people replied by rightly pointing out that Britain (or its government, anyway) has been far from saintly in the past, most highlighted the absurdity of suggesting it was difficult to choose between Johnson and Corbyn:

Translation: 'The choice between increased poverty and corporate greed on one side, and social care and kindness on the other is just so difficult.

One person thrashed this idea out in more detail:

Political commentators talking about how it’s so shit that they have to choose between Corbyn or Johnson they’re both shit. But of insight into who you are as a person if you find it even remotely difficult to choose

Your privilege is showing.

Gosh I just do not know who to choose between the life long anti racist, social justice campaigner, because I don’t think he’s been solid enough on remain, or the racist, brexiteer, privileged career politician 🙁

Others echoed this sentiment:

Oh do one will you. Millions are impoverished and you equate the two? One helped cause it the other will fix it, not all of us can afford to be so snide!

Corbyn offers the hope of a fair society for all. I am so completely fed up of blue tickers telling me, and millions of others, that my support for a principled man who has spent his whole life working for others is unjustified. He has the policies too. 200+ now #VoteLabour ❌ pic.twitter.com/2ItYItzJpt

The media’s ‘full on’ attacks on Corbyn

An adviser to Johnson recently spoke of “the big newspapers” attacking Labour “full on from the off” in the current election campaign. This has meant boosting anti-Corbyn bigots and warhawks. And the BBC has received particular criticism.

New research from academics at Loughborough University, meanwhile, shows newspapers have been pushing a clear anti-Labour position so far:

Our research shows @UKLabour had a substantial deficit of positive to negative news reports in the first week of #GE2019. Read the full @lboroCRCC report: https://t.co/f4V5b3Pv4o

This is no surprise, though. Because Corbyn is taking on the ultra-rich to get justice for the general population. And as the Media Reform Coalition’s (MRC) 2019 report highlighted:

just three companies (News UK, Daily Mail Group and Reach) dominate 83% of the national newspaper market (up from 71% in 2015).

Concentrated ownership creates conditions in which wealthy individuals and organisations can amass vast political and economic power and distort the media landscape to suit their interests.

We give newspapers a free pass by calling them "the tabloid press", as if the problem is the format.
It's not.
The problem is the ownership. We should call them what they are. "The billionaire press".

Even right-wing journalist Peter Oborne has had enough of the cosy elitist club of right-wing politicians and the billionaire media. So he’s now contributing to a website detailing “the lies, falsehoods and misrepresentations of Boris Johnson and his government”. And in a revealing Guardian article, he wrote:

I have talked to senior BBC executives, and they tell me they personally think it’s wrong to expose lies told by a British prime minister because it undermines trust in British politics.

Boris Johnson lies shamelessly, continuously, systematically, habitually. Why is he allowed to get away with it? My Op Ed in tomorrow's Guardian:https://t.co/u5lggiWQi7

Around 43% of voters currently view Boris Johnson favourably, while only 24% view Jeremy Corbyn favourably. And many people see the hand of the billionaire media in making people think this way:

Out of interest – what’s the main reason for the anti-Corbyn attitude in the UK? From an outsiders perspective it seems to be a lot of negativity whipped up by your media but not based on anything concrete. Is that wrong..? Genuine Q.

God knows what we did in a previous life to deserve political commentators who facilitate far-right power-grabs by implying they are equally as dangerous as a social-democratic people's movement. 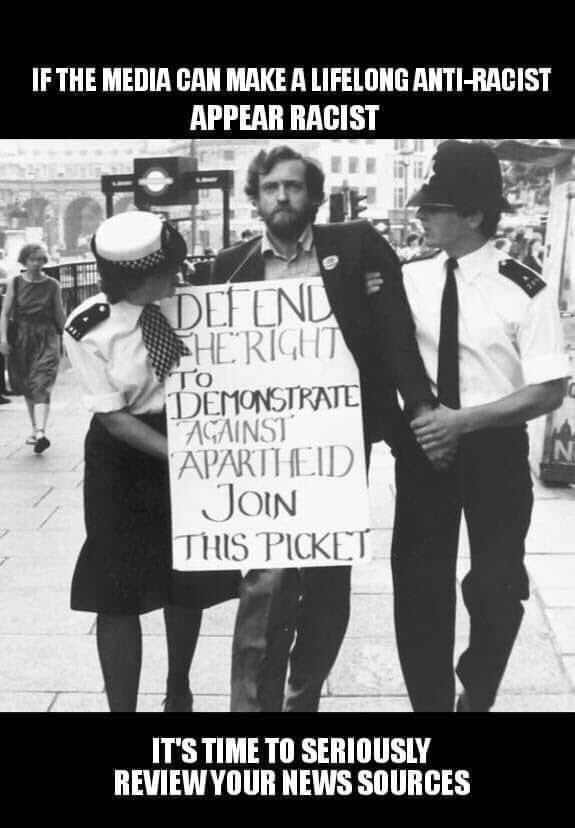 Despite the opposition of the billionaire media and its allies, Corbyn’s Labour has over 500,000 members and is offering bold, sensible policies to empower the majority of the population rather than just the ultra-wealthy few. The Conservative Party, meanwhile, has received over £50m from around a third of Britain’s billionaires since 2005; and by 2023/24, it will reportedly have gifted these elites “tax breaks and corporate giveaways” to the tune of about £100bn since 2010. As Corbyn said:

One in three UK billionaires have bankrolled Boris Johnson’s Conservatives.

Tax breaks for the super-rich and big corporations are set to reach almost £100 billion.

This isn't a coincidence.

That’s why the ultra-rich are afraid of Corbyn: because he’d change that. And that’s why our billionaire media is working so hard to stop him. But on 12 December, voters have a real chance to shut that dodgy operation down once and for all.