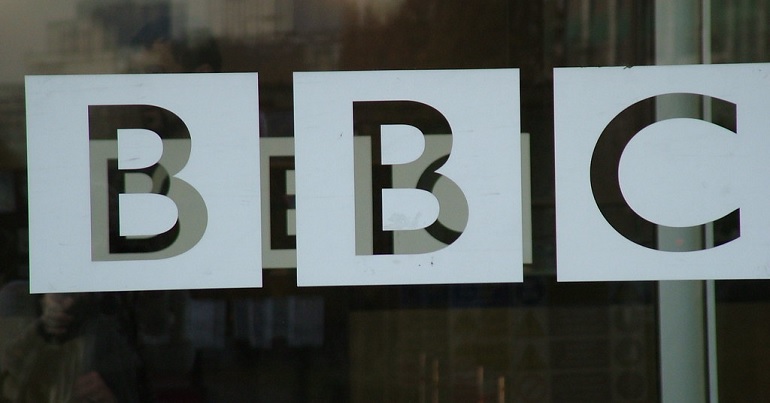 John Simpson has been with the BBC for around 53 years. And one comment from him helps us to see why the BBC is facing potential destruction.

The BBC‘s anti-left bias has gone into overdrive in recent years. Sometimes it’s right in your face. Sometimes it’s more subtle. But it’s there. And now, there may be an even greater shift to the right at the public broadcaster with the replacement of its director-general. This potential right-wing coup would come at a time of intensifying criticism and action from the left, and after analysis has shown only 44% of Britons now trust BBC News reporters to tell the truth.

Simpson’s comment helped to sum up the ‘pro-establishment’ mindset at the organisation that has brought the BBC to this point.

Speaking about the impressive breakthrough of the left in Ireland’s recent election, Simpson seemed to lament the downfall of the right-wing establishment:

So Ireland, which has been politically stable for decades, has also succumbed to populism now.#GE2020.

Apart from positively calling the previous situation in the country “politically stable” (despite a number of significant, ongoing crises), he suggested the left was ‘populist’ and Ireland had “succumbed” to it. Both of these words have negative connotations. The BBC itself pointed out previously that the word ‘populism’ is usually a “shorthand political insult”.

The reality was that Irish voters simply saw housing and healthcare crises and wanted sufficient funding to deal with them.

The BBC may think that sitting on the fence is an impartial approach. But it’s not. Because being consistently in favour of the status quo is also a form of bias. And it has a dangerous, limiting impact on British democracy.

Britain has suffered from decades of right-wing ideological dominance, which has created extreme inequality. The share of national income that the UK’s ultra-rich receive, for example, has increased significantly since the 1980s. And today, people in the top 1% are “disproportionately male, middle-aged and London-based”. Such extreme inequality is disastrous for numerous reasons. But sadly, it’s become the norm.

Under Jeremy Corbyn, the Labour Party promoted moderate centre-left policies. One expert called them “common-sense economics”. 163 economists, meanwhile, proudly signed an open letter in 2019 saying the “UK economy needs reform” and that Labour “deserves to form the next government” because it has “serious proposals for dealing with” Britain’s “deep problems”.

The BBC, however, played a prominent role in 2019’s brutal propaganda offensive from the establishment media which helped to sink Corbyn’s party and propel the most hard-right government in decades into power.

The 2019 general election yet again highlighted the generational divide in Britain. Voters over the age of 39 were more likely to vote Tory, and a massive 67% of over-70s opted for Boris Johnson’s Conservatives.

Britain has now lived through four decades of Thatcherism and Thatcherism-lite. And while younger people feel the worst effects of this, older generations benefited from free higher education and greater economic equality.

Older generations also had a much better chance of owning their own homes. They didn’t feel the brunt of the collapse of social housing and the worsening housing crisis. In 2016, for example, home ownership in England was at its lowest level in 30 years – as house prices soared while wage growth was weak and new housing was scarce. As the Bank of England has revealed:

Real house prices in the UK have almost quadrupled over the past 40 years, substantially outpacing real income growth.

Today, people over 65 own around half of the UK’s housing wealth.

It’s hard to believe the BBC represents all Britons when it implicitly favours this status quo.

GE2019: the liberal establishment sank Labour just as much as the Tory Brexit message

Britain’s electoral system is terrible and undemocratic. And Labour has for too long failed to forge an alliance of non-Tories in favour of electoral reform – which could see a ‘progressive majority’ in Britain. Only now do Labour members seem to be waking up to this.

Parties entered the 2019 election under the current electoral system, however. And this favoured the Tories, leaving their opponents on the back foot. As University of East London professor Jeremy Gilbert has written, many centrists preferred not to back Corbyn’s Labour – allowing the united right a landslide victory. Centrist politicians lost in 2019. But many centrist voters “could not be persuaded to accept a compromise on Brexit in order to prevent a Johnson landslide”. The constant media propaganda against Corbyn and his party didn’t help, either. In the end, opposing the hard-right Tory agenda simply wasn’t important enough to the extreme centre.

Labour’s economic policies were very popular across Britain. But in an election where Brexit dominated, Labour’s compromise policy was a mistake. And a mixture of our putrid electoral system and elitist media establishment sealed the deal.

The BBC cannot escape responsibility for the 2019 result. Impartiality is a noble goal; but the BBC failed miserably on that measure. An objective, public-owned media, where the facts do all the talking, is massively important for a democracy to succeed. That’s not the BBC today, though. And John Simpson’s latest comment is a perfect example of how the broadcaster is currently stuck in a destructive, pro-establishment quagmire. Without urgent change, the BBC won’t survive much longer.